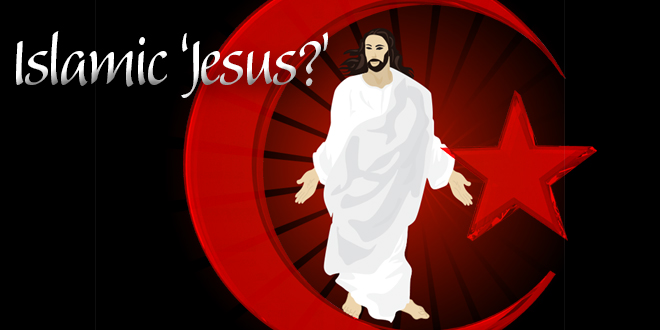 False claims that the Islamic Isa is the same as the Christian Jesus
by Bethel Communications on Thursday, 1 March 2012 at 02:26 • All spelling is British

We have been studying this subject for several years – since we spent a lot of time sharing the scriptures with a Shi’ite Moslem and his wife. We shared the Lord’s return and began to learn the Islamic version – and within 30 seconds realised that the Isa/Isu/Isus of Islam is The False Prophet of Christianity – the one who draws together the world’s religions – and deceives even the elect if that was possible. So this is one of our favourite subjects! When working in Israel a while back, we met a very interesting chap (American…) who claimed to be a Christian and was utterly persuaded that they were one and the same – and this idea had been around a long time.

One of the biggest problems which has led to this is the dropping of the use of God’s holy and precious Name: YHWH in original Hebrew without the vowels – transliterated Yahweh (or Yahveh in the modern Hebrew) and substituting the word Lord or LORD or God or whatever. His Name is actually used in the Tanakh – the Old Testament – over 6,800 times. I know the reason for using a substitution is valid (for fear of misusing His Name) however it has meant that there is no distinction in English and most other languages between our ‘God’ and anybody else’s god.

Many have asked, how can Christians be deceived by another Jesus – or as the Lord Himself put it – somebody claiming to be The Christ – so let’s examine the scriptures first.

Matthew 24 v 4 “Jesus answered: “Watch out that no one deceives you. 5 For many will come in my name, claiming, ‘I am the Messiah (the Greek word is Christos),’ and will deceive many.”  Verse 23 “At that time if anyone says to you, ‘Look, here is the Messiah!’ or, ‘There he is!’ do not believe it. 24 For false messiahs and false prophets will appear and perform great signs and wonders to deceive, if possible, even the elect.” Moving on to verse 26 “So if anyone tells you, ‘There he is, out in the wilderness (often translated desert),’ do not go out; or, ‘Here he is, in the inner rooms,’ do not believe it.”

Can it be any clearer? However, Islamic teaching states that the Islamic Isa will tell the Christians they had it wrong – but he will forgive them if they renounce all that and stand with him to follow the Imam Mahdi – the one we know as antichrist. NB there are slight variations in teachings but this is the basic one.

Now, just as in our eschatology, there is a third figure. Moslems call him the Dajjal, THEIR antichrist – and guess what? Isa will kill him. However, logic tells us that if the Mahdi is OUR antichrist and Isa is OUR false prophet then Dajjal may be OUR Lord Jesus Christ. They warn good Moslems not to follow him or believe his signs and wonders etc etc. After Isa supposedly kills the Dajjal, their writings say “the Yahudis (Jews) will be selected and killed. The swine will be killed and the cross broken. People will revert to Islam.”

A very important point here is that we know our Bible is The Word of God and we can trust Biblical Prophecy completely because it has a 100% record of accuracy so far. We have no such proof of the Islamic writings – not the Koran, nor any of their hadiths or other scriptures. It is just interesting that their eschatology is a mirror image of ours. In reverse.

Even now, Christians are being prepared and introduced to this gross deception and it is very, very concerning – and a very important sign. Believers in the True Word of God have to work harder than ever before – the fields are very white unto harvest. The time is very short.