The video in this sketch lasts less than 2 minutes and is more than 2 years old – but should make your skin prickle. Even the world is seeing what’s happening but I would appreciate if you would read what I have written here first…

I want to share something very personal (which will no doubt give my enemies ammunition – but I write this to you too in the sincere love of The Lord Jesus Christ.)
Many years ago, we had a meeting with some Israeli officials at Yad Vashem holocaust museum in Jerusalem who were helping us make our first documentary about Bible prophecy in the 1990s called “Cup of Trembling – countdown to Armageddon”. We had some time to look around the museum first and I felt to wander off on my own because I knew The Lord wanted to communicate with me.

The whole experience was very odd because I had been dreading what I would see there, but as I walked around, I felt like I was watching from afar and was totally unaffected. I think if I had got emotionally involved with the horror of what I was seeing, I would not have been able to hear the very important message The Lord wanted to put on my heart.

I felt Him tell me to stop at a newspaper cover which was displayed on a wall. There was nobody else around at that spot – the museum was very busy but it was only The Lord and me at that place and I began to shake with fear, knowing His Presence. The newspaper was German and though it is my 2nd language, I was very rusty, not having used it for years – but before my eyes, I saw it translated into English.

It was an order from the German government to the people, telling them that the Jews amongst them were the trouble makers who were stopping Germany prospering and were holding back the advancement of civilisation. It was therefore the duty of every right thinking German to report any Jew who was not complying with the law or not wearing their identification. They HAD to have the mark on them so they could be easily identified. It claimed that the Jews were accomplished liars and deceivers – they were good at pretending to be good neighbours but they were evil doers at heart so don’t be taken in. They don’t worship God like good Christians and were not to be trusted.

It was cruel, false and wicked.

It was accompanied by a picture of the worst kind of stereotypical ‘Fagin’ character looking decidedly shifty and dirty – as though ready to rob you blind and murder you in your bed.

I asked The Lord what He wanted to tell me – and though the newspaper’s words are hazy, His response is as clear today as it was nearly 3 decades ago. “As it was then, so shall it be much worse in the last days for those who walk after My Son” – and the accompanying ‘picture’ or sense of what He was saying is confirmed in scripture about us being betrayed by family as well as our neighbours.And unfortunately, ‘family’ includes those we have thought of as Christians.

I heard, I saw, I understood. And my blood ran cold.

It was a warning that I already knew in my head from scripture – but now I knew it in my heart and that I was to share it as and when He showed me.

I believe – I KNOW – with all my heart, that God is sifting His Church. I know I’m probably boring many of you repeating this so often over the last few years – but I am sounding the alarm with all I have as it becomes more and more intense! He is uncovering sin all over the place in those who claim to be His – and every one of us needs to check that we are still in Christ per 2Cor.13:5, keeping a short account with Him. He loves each one and is giving an opportunity for repentance because what joy and feasting there is when the prodigal or wayward son returns.

PLEASE, PLEASE rely on NO MAN to feed you. You MUST have your own personal relationship with The Lord, talking WITH Him – which means listening TO Him – EVERY DAY. We are to work out our OWN salvation with fear and trembling as Paul writes to the Philippians in chapter 2 verse 12.
We each have choices.

• Be in the world OR

• Be a part of Christendom which is nominal Christianity OR

• Be a part of the deceived church which is SO sure that she is the ‘chosen one’ for so many reasons. Not least because you know about the end times and you know about false shepherds etc and you know about deception – but Jesus says, “Away, I never knew you” in Matthew 7:21-23 – because YOU never knew HIM. You spent no time with Him. But you spent hours and hours and hours on the internet discussing what was wrong with other people who thought they were Christians or were false teachers or false shepherds or politicians or other worldly things or watching videos which don’t require you to do anything but watch without even opening your Bible… OR

• Be a part of The Body of Christ, a disciple and a servant who loves the brethren – who has been promised trouble (John 16:33) – who Denies themselves, Takes up their cross daily and Follows Him (Luke 9:23). Standing Firm, Persevering and Overcoming. (Revelation’s 7 churches). Ready, Watching and Waiting to meet Him at any moment should He take you Home when you aren’t expecting it… (Matthew 24 to 25)

Some call us The Remnant – some don’t like that term – either way, we are The Body of Christ – and we are a very small collection of imperfect people, saved by grace and being made into the likeness of Christ (2 Cor. 3:18).
Some see us as a Gideon’s Army,(Judges 7) or a group of 7,000 who won’t bow the knee to Baal (1 Kings 18:19), or the very ones that The Lord Jesus Christ prayed for in John chapter 17 below.

So, before you watch the video, please read The Lord’s own words which are worth much more than anything I could say of myself. Thank you. I have included the footnotes.

John 17:17 Greek Set them apart (for holy service to God)

John 17:19 Or I sanctify myself; or I set myself apart (for holy service to God)

What’s it like to go to a job interview and be SO suitable for the post – until you tell them your faith… ? 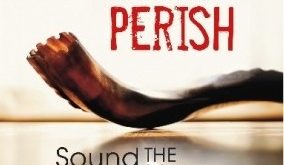 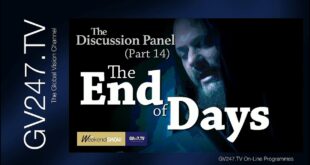