The Censure and Apology of Stephen Sizer 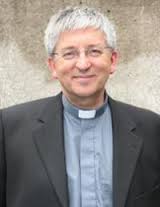 In what must be seen as a most serious public reprimand to one of its ministers/priests, the Bishop of the Guildford Diocese of the Church of England has brought strict discipline to bear on Rev. Stephen Sizer regarding the latter’s continuing and most recent anti-Israel (anti-semitic?) activities.

James Jacob Prasch also encouraged the Bishop to do so with a stirring letter of his own. (See foot of page.)

As part of his statement the Bishop Rt. Rev. Andrew Wilson has said: “It is my view that Stephen’s strong but increasingly undisciplined commitment to an anti-Zionist agenda has become a liability to his own ministry and that of the wider church.”

The Bishop continued: “He has promised to refrain, with no exceptions, from attendance at or participation in any conferences which promote or are linked to [Sizer’s ‘Israel’] agenda; from all writing, tweeting, blogging, emailing, preaching and teaching on these themes, whether formally or informally – a prohibition which of course includes posting links to other sites; and from all background work in this area which may resource others to act as spokespeople in Stephen’s stead.

“Should Stephen be deemed by the Diocese to have broken this agreement, in letter or in spirit, he has pledged to offer me his immediate resignation, which I will duly accept. He has also agreed to desist from the use of social media entirely for the next six months, after which he and I will review that prohibition.”

The following links tell the story –

Statement on the Revd Stephen Sizer by the Bishop of Guildford

As a minister of the gospel it is not my role to create controversy but to seek to maintain unity between the faith communities. I therefore very much regret the distress I have caused to the Jewish community, to my church and to you by my actions, for which I take full responsibility.

Following the events of the past week, and my meetings with you and the Archdeacon, I would like to give you and the PCC of Christ Church, Virginia Water a solemn undertaking to refrain from writing or speaking on any theme that relates, directly or indirectly, to the current situation in the Middle East or to its historical backdrop. This prohibition will include:

– Attendance at or participation in any conferences that promote or are linked to these themes.

– All writing, tweeting, blogging, emailing, preaching and teaching on these themes, whether formally or informally.

– All background work on these themes which will resource others to act as spokespeople in my stead.

I am grateful for your forbearance in allowing me to continue my work within the parish. I agree that any ministry outside the parish should be subject to consultation with the Archdeacon and the churchwardens. I promise that I will stay within both the letter and the spirit of this undertaking, and – should I break it at any point while serving in any post in the diocese – will offer you my resignation.

I understand that this undertaking will need to be made public, and am content that it should be so.

With all good wishes, and the sincerest apologies,

(From Jacob Prasch) My dear Bishop,
As a Christian who lost a family member in the September 11th attacks I am again offended by the antics of Anglican vicar Stephen Sizer.
Repeated visits to Iran to denounce Israel while Iran, not Israel, is engaged in the most gross persecution of Christians and violations of human rights and women’s rights is
to say the least hypocritical. Being invited to Iran by the government sponsored institute for Holocaust Denial may explain why he remains deaf to the cries of the persecuted church in that country while blasting Israel who protects its Christian population and their religious freedom.
Stephen Sizer has appeared on platforms with everyone from holocaust deniers to apologists for IRA and radical Islamic terror. While 22% of Israel’s university students are Arab, Christian and ethnic Chinese students are forced to leave Malaysia under the apartheid policies of that Islamic country which also arrests and imprisons people for becoming Christians. Yet Rev. Sizer likewise went to Malaysia to falsely denounce Israel as apartheid but again characteristically remained silent concerning the actual apartheid policies of Malaysia. He appeared with a supporter of Hamas, listed by the EU and USA as a terrorist organisation.
On another occasion he attributed the genocidal atrocities of Mohamar Qadaffi in Libya to some rumor of Jewish ancestry.
For your Diocese and The C of E to go on pretending we are not dealing with antisemitism is frankly ridiculous. His hypocrisy in aligning himself with regimes that persecute Christians as his
bosom colleagues because they share his opposition to the Jewish state is beyond defensible. Does the persecuted church in the countries whose patronage he seeks mean nothing to the C of E ?
Yes, by God’s grace I am a Christian. But frankly It is the chronic spinelessness your diocese exhibits in the case of Stephen Sizer that is emblematic of why I could never be an Anglican.
His apologies mean nothing. We have heard them before but he only goes from bad to worse and does so with the de facto benedictions of the diocese that refuses to remove him.
Sincerely, JJ Prasch
Share

Previous New films on our TV channel…
Next Blood boiling