Further to our article about drag queens teaching teens in a Washington library, a spy for ‘SafeLibraries’ reveals librarians train to circumvent communities and local laws to target children.  Even main stream media are beginning to notice.  For example, read Joy Pullmann in the Federalist who befriended a spy to expose the damaging information:

Library law requires libraries to act for the use and benefit of the public.  Gender insanity is neither useful nor beneficial for children, quite the opposite, as the above article by the President of the American College of Pediatricians reveals, “First do no harm.”  Thus it violates the law.  Notice you never hear about that from ALA while ALA misleads and acts in the dark to thwart the law, and spies are needed to reveal this.  In short, already existing law can to used to stop the gender insanity in public libraries, if only communities become aware of the law and apply it.  For example, Drag Queen Story Hour is likely illegal and must be stopped.  If libraries will not change, municipalities can force them into compliance with the law, and the public need not approve library levies.

Who will be the first to sue the ALA for misleading communities into violating the law, for harming children and communities? Here is the story in full with the information from the spy, thanks to Joy Pullmann, followed by another revealing story that cites Joy Pullmann:

At the American Library Association’s annual conference, the nation’s librarians learned how to circumvent community objections to events like Drag Queen Story Hour and other outrageous, taxpayer-purchased materials.

The ALA annual conference’s workshop selections also included “A Child’s Room to Choose: Encouraging Gender Identity and Expression in School and Public Libraries,” and “Are You Going to Tell My Parents?: The Minor’s Right to Privacy in the Library.” Politically charged talks and workshops like these formed at least one-third of the conference offerings, according to the ALA’s own description and a review of the conference catalog.

The titles and descriptions of the conference’s approximately 300 workshops and talks are not available online. They were only published in a conference app and paper catalog reserved to in-person attendees, many of whose attendance was underwritten by taxpayers through local library budgets. According to the ALA, 21,460 people attended 2019’s annual conference this June, approximately 4,000 more than last year.

The attendee who gave me her conference catalog and mobile app access has told me of internal conflict between her public library employment and Christian faith due to the saturation of this kind of bias in the interconnected library and book publishing worlds. More examples of this extreme bias permeated social media under the conference hashtag, including for some reason having librarians weigh in on U.S. border security and make plans for removing the category “illegal aliens” from their collection catalogs. The conference of course featured bisexual bathroom facilities.

With thanks to and copied from: https://safelibraries.blogspot.com/ 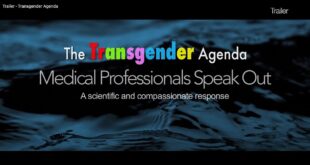 These children ought to be protected...